Keep using it. But not as a Mac.

Apple is in the business of selling new hardware, and while their computers often last longer than cheaper Windows machines, they still suffer from the planned obsolescence endemic to the tech industry. For Macs, it happens in stages, as described on Apple’s page about “Vintage” and “Obsolete” devices.

My mid-2011 MacBook Air is well down the latter list, so if any of its model-specific parts break, it’s unrepairable. For a device whose only moving part is the fan, that’s not much of a risk. Its bigger problem is that it can’t run the latest, or even the second-latest, Mac operating system. That means it hasn’t been getting security updates in awhile, so last month I decided it was time to take it off my local network.

This is a computer that cost me well over a thousand dollars to buy, whose manufacture likely emitted about the same amount of CO2 as driving from Boston, MA to Washington, DC. It also contains rare minerals that nobody’s figured out how to recycle economically, and I still find it quite comfortable to use. Throwing it away just seemed wrong.

I appealed to the last hope of old hardware: Linux. Ubuntu 20.04 powers my work desktop already, so I tried just following the installation procedure that seemed obvious to me, crossed my fingers and … it worked perfectly. The short version is: download the installation .iso, burn it to a USB drive or SD card, stick that into the MacBook, boot holding down the alt/option key, and follow the prompts.

If you need a more detailed guide, this fellow seems to have done it the same way on a slightly older machine. He mentions getting a slow GUI with 20.04, but on my one-year-newer MacBook I don’t have that problem at all. 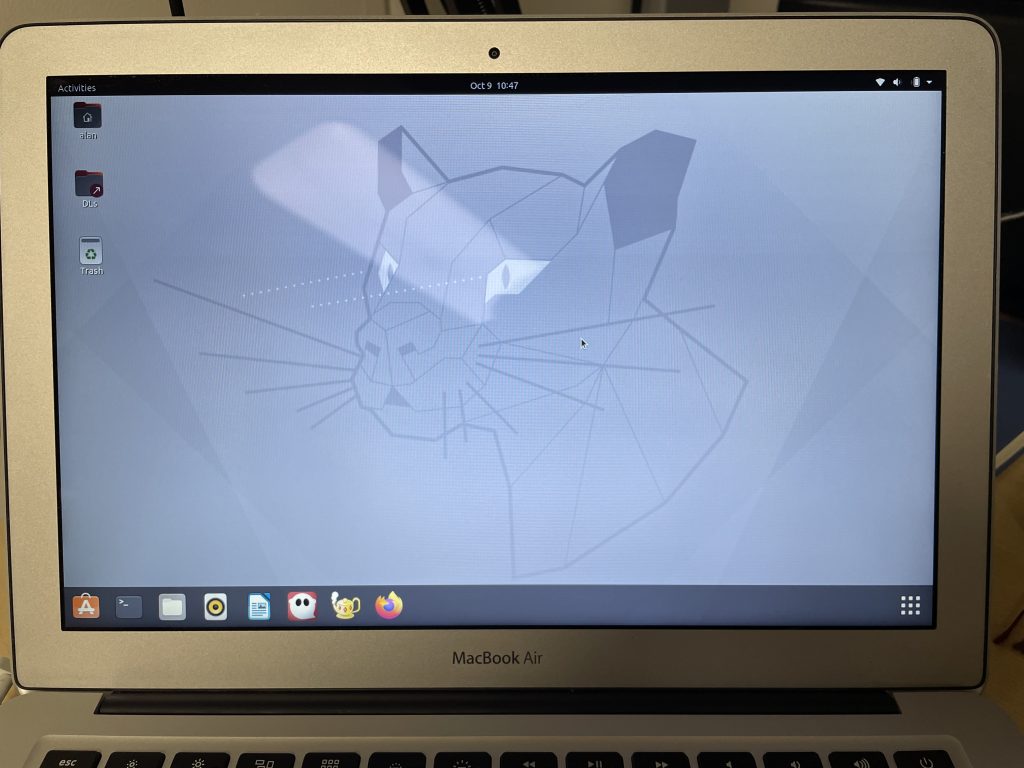 How does it work? Beautifully. It isn’t (and never was) a high-spec gaming machine, but for text editing, email, web browsing, and the other activities that occupy 90% or more of my computing time, it’s running as well as it did in its MacOS days. The keyboard and trackpad are responsive, and it suspends and wakes up automatically when closed and opened. I wrote this blog post on it.

Ubuntu 20.04 is the Long Term Service release from 2020, officially supported by Canonical until April 2025. That seems like a pretty good life extension for a lovely little laptop that Apple wanted me to throw away.