Last Spring, I faced an important purchasing decision: my seven-year-old desktop Mac Mini was reaching retirement age, and I needed to replace it. This was my main work computer, the latest in a succession of Apple products I’ve used for my job since I started as a science journalist over 20 years ago. Indeed, my relationship with the Cupertino company goes all the way back to the day my parents brought home a brand-new Apple II+ in 1980. Obviously, I would just see what Apple’s latest offerings looked like, buy the middle-of-the-road desktop unit, and continue the trend.

In recent years, Apple and I have started to think differently. The company’s Macintosh computers have long been harder to upgrade or modify than their Windows cousins, but lately they’ve become even worse in this regard. Recent versions of OS X have added restrictions on software installation, frequent nudges to enable Apple’s proprietary cloud services, and even limitations on what one can do from the command line in Terminal. Meanwhile, the hardware has gotten even less amenable to upgrades. Apple now views their desktop computers as just another kind of iPhone. That’s not what I want.

Having played with various versions of Linux for awhile, I decided to see if the People’s Operating System had finally matured enough to handle my daily work. The short answer is that it can, almost. The only thing missing is a good video editor, but I do that rarely enough that when it comes up I can just borrow one of the other Macs from around the house.

Buying a Linux PC is the opposite of the Apple shopping experience, but it had its own charm. You can see my final parts list on PCPartPicker, and there are a gazillion tutorials online showing that anyone can assemble a modern PC from such a list, probably in under an hour.

This process also revealed some major benefits of switching platforms. For one thing, it was cheap. The final tally was under a thousand dollars, including a nice new keyboard and trackball mouse (if you follow the PCPartPicker link, you’ll see prices have come down even more in the ensuing year). I did re-use a good 27″ monitor I already had, but even buying a new one of those wouldn’t have brought me anywhere near the price of a base model iMac. 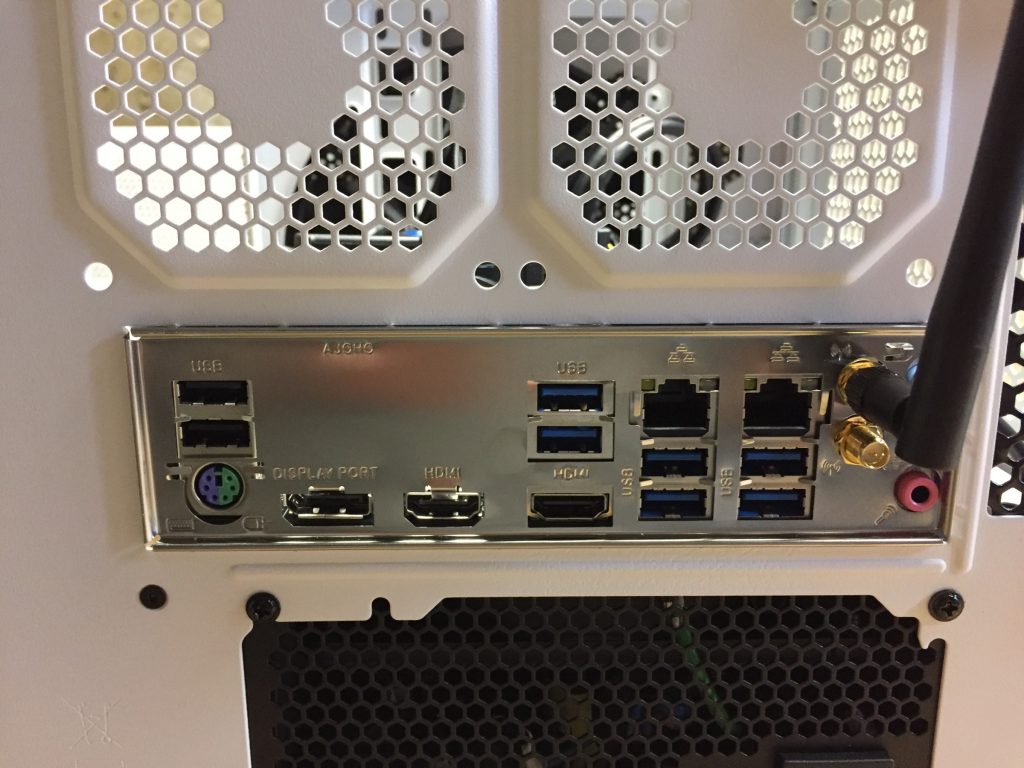 The hardware itself also had some appealing features. Apple hates the way clunky little openings interfere with their sleek industrial designs, so they install as few ports as possible on their machines. As a result, every Apple desktop user has a drawer full of USB hubs, adapters, and other dongles to compensate for this. Building my new PC, I marveled at the sheer utilitarianism of its design: eight (eight!) USB ports on the back, two more on the front, two Ethernet ports, three monitor outputs, and so on. We don’t need no stinkin’ hubs.

The compact but surprisingly roomy case was another revelation, with ample space for additional hardware and a lid that comes off in seconds without tools. Like the very best cars, this is a machine designed with future maintenance and repairs in mind. 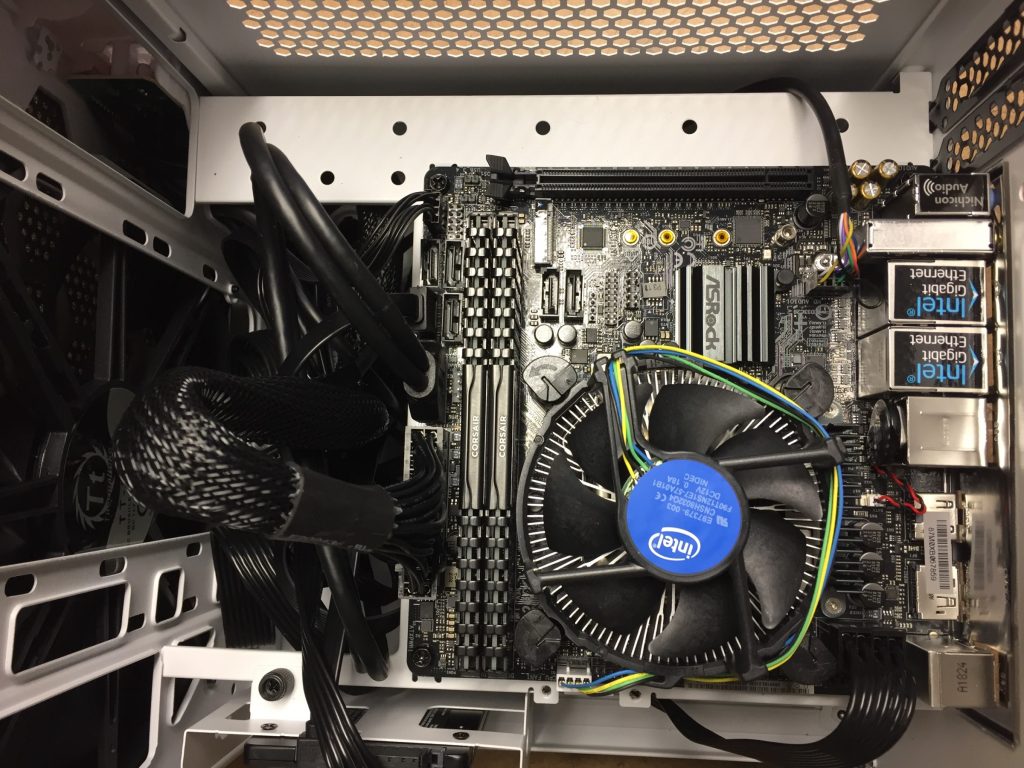 After a successful power-on self-test (POST), the operating system was a cinch to install. My solid-state drive boots up in a few seconds, and almost all of my work software is identical to the Mac versions. Skype works fine, Firefox is the same as always, and my preferred text editor, Atom, came right up.

That’s not to say Apple’s usability engineers are useless. On Linux, some things Just Don’t Work, while others require a willingness to do some troubleshooting. Synchronizing my desktop and iCal calendars, for example, was quite hackish, and I had to jump through some hoops to get the new system to recognize my scanner.

Those were one-time struggles, though, and since the initial setup they’ve remained stable. Surprisingly, I was able to transfer most of my iTunes library over without a problem, and loading photos to the desktop from my phone is only a little more cumbersome than it was with a Mac.

As I mentioned, I still have Macs around the house – including the aging Mac Mini that started this whole adventure. That machine now sits on my daughter’s desk, where it appears to spend most of its time playing anime videos and Roblox. I suppose there are worse retirement plans.